How to Remove a Game from Steam Library? [Amazing Tricks 2022]

An affluent person flaunts his wealth, and gamers do the same with their Steam Library. But what if he doesn’t want the rest of the world to know about his secret collection? On the other hand, Steam has a feature that will allow him to hide. So, here’s a tutorial on removing a game from the Steam library.

Steam games purchased will be added to the Steam library automatically. In steam, every game can be viewed, installed, played, or uninstalled by users. Steam allows you to categorize your games into various categories. You can, however, hide games from your Steam library. Many games are not appropriate for all ages, and you can hide these games from other users who use your Steam account.

Users can also hide games they don’t play to reduce the number of games in their Steam library. Users can also remove games from their accounts if they no longer enjoy the game or do not want it on their account. However, this is not the same as a Steam Disk Write error. Before moving forward with removing a game from steam library, one must be aware of the difference between hiding and removing a game.

What’s the difference between hiding and removing games from your Steam library?

The Steam platform gives us the option of either hiding or removing the game. Let us begin with the hiding process. This will hide your game, which you can then unhide whenever you want to play it again. The hiding process can be reversed. You can hide the desired game in the Steam games library in just a few steps (described below) and unhide it whenever you want.

Why Is It Necessary To Hide The Game?

Keep in mind that you are safe until the other party discovers how to unhide the steam games.

Now we’ll look at what’s being removed. Removing a game means removing it from your Steam library. After removing the game from your Steam Library, you will no longer be able to access it. That means the change is permanent.

Why do you need to remove the game?

The most obvious reason for removing the game is that the players dislike it. This usually occurs when a game has received much attention before its release, but the gameplay isn’t up to par. People often want to know how to remove a game from Steam library.

ALSO READ:  Learn How To Delete eBay Account In A Few Simple Steps: An A-1 Guide

What is Steam Game Hiding and Removing?

Hide Games from the Steam Library

By purchasing or playing free games, your Steam library grows in size. You can, however, use the hide feature to hide games that you no longer play. Hiding games in the Steam library is analogous to hiding folders and files on your computer. You can always view hidden games and unhide games with a few clicks. Steam’s interface is frequently updated, so some of the steps may look different in the future.

This is the perfect time to question how to remove a game from steam library?

How to remove a game from Steam library?

Please keep in mind that you can only remove free games from your Steam Library; any game purchased or gifted by someone else cannot be removed.

Removing games from the Steam library is equivalent to removing games from the Steam account. We don’t mean uninstalling but instead removing the game from your Steam account. This was much more difficult in the past, but it is now relatively quick and straightforward. However, keep in mind that removing the game will also uninstall it from your system. As a result, if you want to keep the game for other accounts, make a backup before removing it. Because the Steam interface is frequently updated, the steps may appear differently in the future.

Here are some instructions which show how to remove a game from Steam library.

ALSO READ:  Know 3 Easy Processes of How to block ads on Crunchyroll

How to Remove a Game from Steam Library Permanently?

Do you have a collection of games on Valve’s Steam that you’re sure you’ll never play again? Perhaps you weren’t that interested when you bought them, you played them for a few minutes and hated them, or you’ve done everything you want to do in the game and don’t intend to touch it again.

That’s all right. It does happen. However, these unwanted games can clog up your Steam library. They’ll always be there unless you spend time sorting them into lists—perhaps a big “No” category. That is, until now. You can now permanently remove unwanted games from your library. Do you want to know how to remove a game from steam Library?

Sure, it’s a more drastic step than simply hiding the game in your Steam library, which you can do by right-clicking on any title in your library, selecting “Set Categories,” and selecting the option to “Hide this game in my library.” Maybe you’re just embarrassed about your purchase or want to keep your total game count low.

Regardless of the reason, the procedures to remove a game from your steam library are pretty straightforward. Select “Steam Support” from the Help menu within Steam,  selecting the “Games, Software, etc.” option, search for the game you want to remove, select it, and then select the “I want to remove this game from my account” option permanently.

The process Is a little time-consuming if you have a lot of games you want to permanently delete from your Steam library. Still, we suspect. Valve is offering the option on the assumption that a few people may only want to remove a few games for whatever reason. If you want to get rid of 50 titles from your library, you’re in for a long afternoon.

Furthermore, not all games are eligible for removal. If you purchased a game bundle that all unlock with a single CD key, you would not be able to remove a few games from that bundle.

How to remove a game from steam library has not been appropriately answered by anyone yet. With this article, Sleck meets the goal.

Q1. What happens if a game is removed from your Steam library?

Hiding a game is only temporary and undone, whereas removing a game from Steam permanently removes it from your account. The hidden game can still be accessed at any time, but once removed from the account, the user will never play it again unless they repurchase it. How to remove a game from the steam library has been widely asked by people and met by Sleck.net.

Q2. Is it possible to remove a game from your Steam library without repurchasing it?

If the game were purchased or activated as part of a bundle, Steam would display related games that would be removed. “OK, permanently remove the listed games from my account.” If you want to play the game again, you’ll have to repurchase it.

ALSO READ:  How to Clean a Fleshlight? - 5 Easy Steps

Q3. How Do I Uninstall a Game From Steam?

Q4. Why am I unable to remove a game from my Steam account?

It is not possible to remove games from a Steam account. You can uninstall the game (right-click on the game name and select “Delete local content”) and change your game list to only show installed games.

Q5. Is it possible to remove a game from Steam after a refund?

You can get a refund on a Steam game if you request it within two weeks of purchasing it and have played it for less than two hours total. When your game is refunded, it is removed from your Steam library, and you are refunded the total amount of your purchase.

Log in to your Steam account and go to Steam Help (help.steampowered.com). Locate the purchase you want to refund and click on it. If your purchase is not listed, it was made too late in the refund period and is therefore ineligible for a refund. Choose the issue you’re having with the product.

Q7. How long does it take to get a refund for a Steam game?

According to Steam’s refund policy, refunds can take up to seven days to appear in your account. Refunds using international payment methods may take longer. If your refund has not arrived within seven days, you should contact your bank and inquire about pending refunds on your account.

Steam is the best app for amassing your video game collection. The vast majority of recent titles are available for purchase on the Steam Store, also the world’s most popular PC gaming platform.

Unlike many other platforms, Steam offers additional incentives to expand your library by adding badges and levels. Users can feel rewarded for adding new games to their virtual collection.

However, there are times when we want to permanently remove a game from our library because we no longer enjoy it or have no plans to play it in the future. The wide variety of help provided in the article explains how to remove a game from the Steam library, making it easier for the user to deal with it.

Steam is an excellent gaming platform. Hiding a game is an integral part of improving organization and navigation. After reading this post, you should be able to hide titles from your Steam library and know-how to remove a game from your Steam Library. 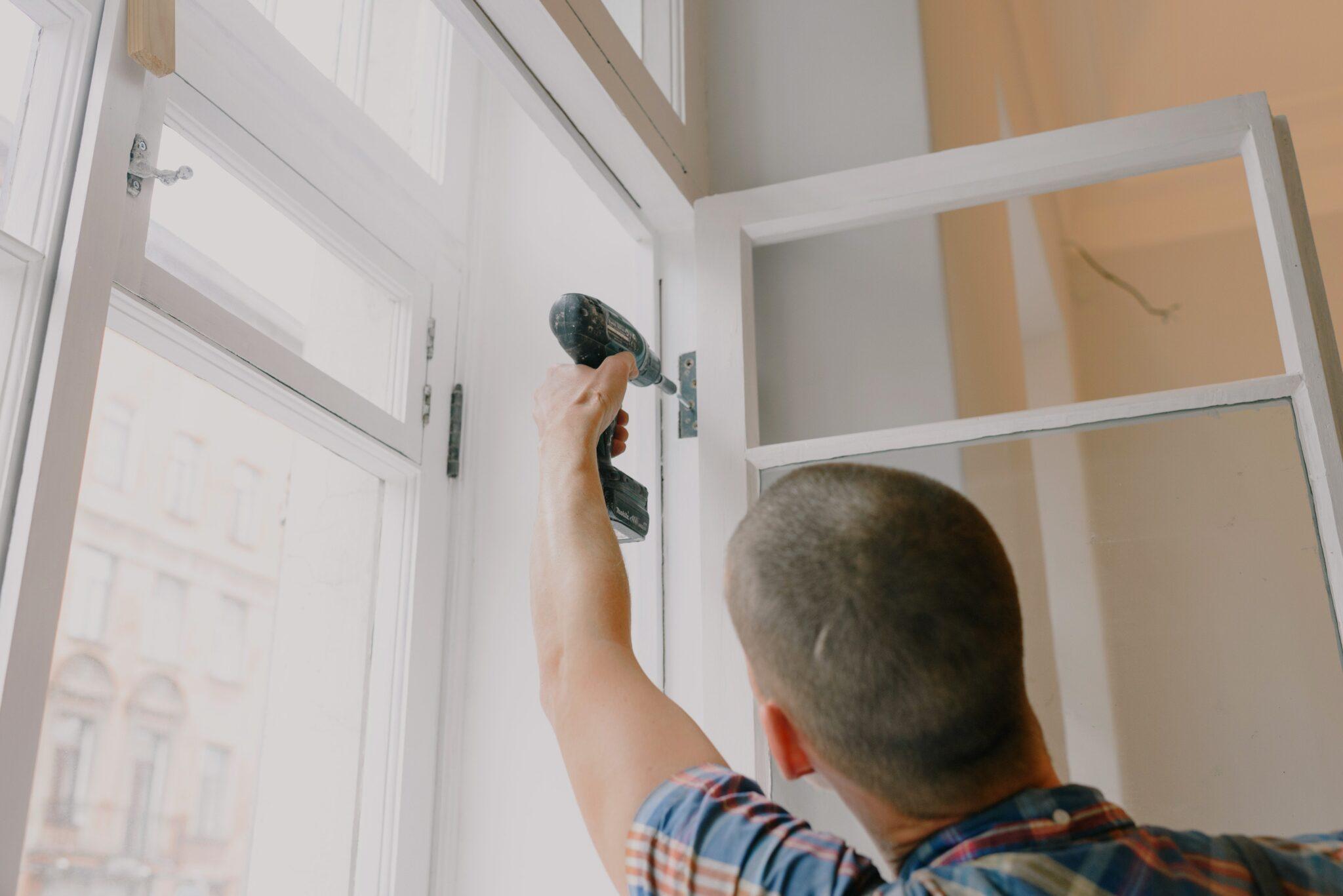 How To Remove A Stripped Screw- 8 Amazing Tricks How To Stop Steam From Opening On Startup: 2 Ways To Speed Up Your PC The Super Simple Tricks On How To Drag Click How To Get Thicker Hair (Impressive Tips And Tricks)