Lupin is returning with its riveting season 2

Lupin became one of the biggest hits on Netflix since its premiere on 8th January. 70 million households streamed Lupin within the first three weeks of its release. Lupin also became the biggest French series on Netflix and topped charts from all over the world.

The Plot of Lupin

Set in France, Lupin is a mystery thriller. The story begins with Assane Diop’s(Omar Sy) father, an immigrant from Senegal, being framed for a crime he didn’t commit. He worked for a wealthy businessman, Hubert Pellegrini. Hubert framed him for stealing a priceless necklace that belonged to Marie Antoinette. He was sent to prison, where he committed suicide out of guilt and shame.

Assane became an orphan, and he could never accept that his father was humiliated and wronged for a crime he didn’t commit. 25 years later, Assane comes to know that the necklace which had sent his father to prison is going up for auction again at the Louvre. Assane decides to seek revenge and takes inspiration from Arsène Lupin, Gentleman Burglar. The book was gifted to him by his father on the day he was arrested. The book was supposed to be a birthday gift which Assane’s father got from his employer’s library.

But, Assane is no more a loner. Even though he is separated from his long-lost lover Claire(Ludivine Sagnier), he deeply cares about her. His son also looks up to him. He has a responsibility towards them, yet he cannot let go of the idea of revenge. Why was his father framed? What secret is Hubert hiding behind the walls? How did the necklace make a comeback if it was stolen?

ALSO READ:  The White Tiger depicts the rigidity of the caste system in India with a gripping plot

The ruse of Lupin

Assane takes several measures to get his hands on the necklace. He dresses up as a polished gentleman at the Louvre. After a series of the well-planned ruse, Assane gets his hand on the necklace with nobody doubting him. 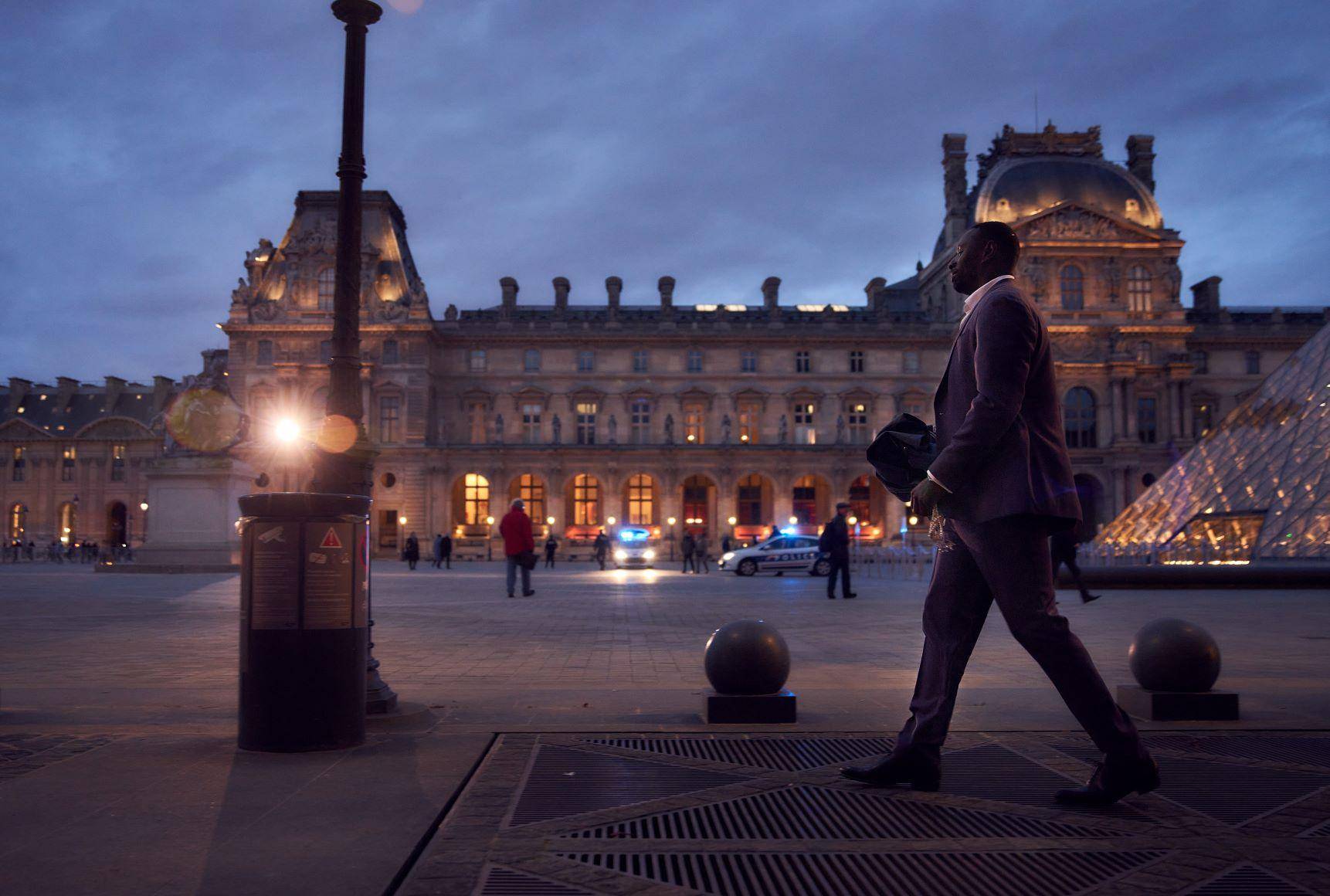 Arsène Lupin inspired him to mask his identity and reach his goal. He disguises himself on several occasions and learns the truth about his father’s conviction. His ruse is so well planned and smooth that the police fail to notice him every time. But, one of the detectives, Youssef(Soufiane Guerrab) finds a pattern between Assane’s plan of revenge with the story of Arsène Lupin.

Youssef sets out on his own to find Assane. Meanwhile, Assane tries hard to expose the dirty politics of Hubert. Hubert Pellegrini was involved in several scandals. Unfortunately, with immense influential tie-ups, nobody could ever catch him. His daughter Juliette and wife Anne feel something is off, yet they never question him.

Though Claire is a very understanding woman, she fails to comprehend why Assane hides so much from her. She doesn’t know where he works or what he does for a living. Ever since high school, Claire loved Assane but never knew the truth about his father’s incident. Even Assane’s son doesn’t know anything about his grandfather. All Assane does is pass on Arsène Lupin’s book to his son as a memoir.

Assane manages to set up a trap for Pellegrini with help from some closed ones, but how will Caire and his son react when they know what truly he has been up to all these years? Moreover, how many tricks does Lupin have up in his sleeves to save Assane from the massacre that he landed in the finale?

ALSO READ:  Riverdale: A Mysterious tale of a murderous town returns for its 5th exciting edition.

Lupin will return with its second instalment in the summer of 2021. This part will also feature 5 episodes. Created by George Kay and Francois Uzan, the second part will be more intriguing. Season 1 ended on a major cliffhanger, leaving the fans wanting for more. The second season looks very promising as it’ll test Assane’s relationship with his closed ones along with his craving for justice. Will Assane choose revenge over love?

Will Assane be arrested? Can he finally prove his father’s innocence? Will Hubert Pellegrini be exposed? Or, will Arsène Lupin save Assane with his tricks?

Assane not only fights for his father’s injustice, but he also fights against racism. The show very subtly points out how Assane and his father were a victim of racism, upper-class treachery, and a blind judicial system. Nobody cared to investigate the truth because the elitist declared them guilty.

While you wait for season 2 of Lupin, check out how Bridgerton became Netflix’s biggest success yet, with 82 million households watching it in the first 28 days of its release. – https://sleck.net/bridgerton-a-scandalous-spin-to-an-intriguing-victorian-tale/