160+ Most Unique Badass Dog Names For Your Tough Dog

Having a tough and aggressive dog? If you’ve answered yes, then why no to give a badass and extremely cool name to your four-legged friend. Can you imagine that how great it would be if you give a name to your dog that perfectly matches its level of attitude? Well, yes, that is quite fascinating. Finding a perfect badass name for your pooch can be a slightly difficult task but not anymore.

If you are also looking for some cool and badass dog names, don’t worry, here I’m to help you. For your convenience, here I have constructed a list of the coolest badass names for dogs. Just go through this article, and you will surely end up with a badass name that perfectly fits your dog.

A heavy name for your beloved badass dog.

If you want a name that sounds strong and sharp, Blitz is for you.

This name is inspired by a hero in Greek mythology who held off the Trojan soldiers.

It is a short form of Ammunition and perfectly qualifies for a strong and badass name for your dog.

Bolt sounds like a very cool and interesting dog name.

Let’s just accept that Alex is a name that sounds badass in itself.

If you think that your dog has a true soul of a boss, you should definitely go for this name. Also, it sounds pretty much cool.

This falls in one of the most solid badass names for your dog.

Another name that sounds perfect for the badass dogs.

A fantabulous hard name that may perfectly fit your dog

The bullet is a perfect name if your dog is very active or has the ability to run faster.

This name has gained very much popularity in the last few years because it sounds very cool and hard.

Want a sporty and hard name? Gunner is a name to consider.

Dagger is a name that indicates a sword-like weapon that holds a pointed blade.

This name is inspired by the divine hero from Greek Mythology.

Huh, who doesn’t know about Hulk? A huge green giant superhero from Marvel.

Nitro is a short form used for Nitroglycerine. It is one of the most explosive chemicals.

It is a famous character of Sylvester Stallone and can be a great name for your tough dog.

Another character of Sylvester Stallone.

Pyro is a short form used for the pyromaniac. It is one of the baddest names that can be used for tough dogs.

It is a solid man from the bible.

Spike is one of the most authentic names. It is not only badass but cute also.

As you already know that Thor is a very strong superhero in Marvel. So, it can be a great name for your tough four-legged friend.

Looking for a badass along with athletic and sporty? If yes, Trapper is one of the names that you can go for.

It sounds very great for your tough dog.

Turbo is a short form used for the turbocharger.

Vader is a name inspired by the villain of Star Wars.

As you can notice, this name sounds very sharp and tough too.

Champ is a short form is used for a champion. And of course, there is no need to explain that what the champion word actually means.

“Akon” name is inspired by a rapper. There a lot of rappers and singer who holds a gangster persona and Akon is just one of them.

Bruno means armor or shield of cement. It can be an excellent name for your tough dog.

Many people think that a female dog should only have a cute and sweet name but let me tell you that it is not true. If your doggy is tough and has an attitude, these badass names for your female dog can be a great fit.

Diva, a great name for a pup even if she has a little bit of attitude.

A sassy name that can perfectly fit on your doggy.

Arya is one of the most badass Asian names from Game of Thrones.

A name inspired by Attila the Hun who was a brutal ruler.

It is a name inspired by the Greek goddess.

Huntress is a female version of the hunter and is the most suitable name for a badass dog.

Rebel is a name that indicates a person who holds authority. It is one of the best badass and coolest names for a tough female dog.

Coolness and toughness are just filled in this name.

Jinx sound very unique in the comparison of all other names.

Gamora is a powerful character of Marvel comics.

This name is inspired by Princess Leia which is a character in Star Wars. And of course, everyone knows that how powerful and courageous she was.

Sarah Connor is a powerful leading character in Terminator movies.

A fabulous name that is inspired by the Queen of the Sheba.

This sounds much unique. Inspired by Katniss Everdeen who is a heroine of The Hunger Game.

This name sound very powerful. It will be a great fit if your dog has furs of a dark color.

Cersei is a very badass character of Game of Thrones. Game Of Thrones fans can understand very well why Cersei is on the list.

A name that is inspired by the charter of Marvel.

It sounds very heavy and powerful and can be a good fit for your strong pooch.

Another name that holds power and toughness in itself.

As you know how much power a queen holds in her hands so it can be a cool and badass name for your dog.

Trinity sounds very solid and is a pretty unique and badass name for your female four-legged friend.

Vixen is one of the most badass dog names. It is also defined as a quarrelsome and attractive woman.

Badass Dog Names That Are…

Here are the names inspired by some of the most famous and greatest gangsters of history.

ALSO READ:  Get To Know The Different Types of Guinea Pigs: Some Fascinating Facts About The Friendly Pets!

Tough and badass names inspired by history. Here I am mentioning full names, choose the part that perfectly fits your badass dog.

A fighter has a tough and winning attitude. So, here are the badass dog name ideas for your tough pup.

Again here, I am mentioning full names and pick up the one that suits your dog. An alone part of the name will enough.

Still not found any perfect badass name for your dog, don’t worry, take a look at the list mentioned below:

So, these were the complete lists of some of the toughest and badass dog names. Now you just have to shortlist and pick up a name that perfectly fits your dog. Now I hope this article was helpful to you.

More Articles That Can Help You:

How To Clip Dog Nails At Home: A Precise And Comprehensive Guide 7 Badass Over The Knee Boots Styling For Cold Weather 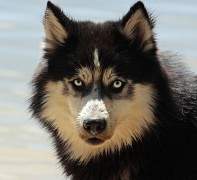 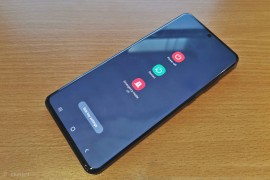 How to Restart Galaxy S20- 2 Easy yet Unique Ways
Previous articleBenadryl And Alcohol – 10 Reasons To Never Mix Them
Next articleWhat Is Kinsey Scale Test? 4 All-inclusive Facts