Chinese parsley (Coriandrum Sativum), most commonly called “coriander” is one of the most important ingredients when it comes to Indian, Mexican, Spanish, and Latin cuisines. Imagine prepping yourself to cook in a good mood and finding out that you are out of coriander. You might think that it’s not a big deal but for culinary experts, it’s still a nightmare.

Fortunately, there are certain ingredients you can use instead of coriander. This article deals with the substitute for coriander (specifically, other herbal alternatives), in case you are out of it. (both fresh coriander leaves and grounded coriander seeds). Also, this article provides you with the difference between coriander and cilantro.

Freshly chopped coriander/leaves are mainly used for garnishing soups, salads, and curries. It loses its flavor and color if added while cooking and that’s why it’s always added after cooking the dishes. Here are some of the options as a substitute for coriander leaves you need to know.

In certain cases, using Thai basil leaves, also known as “Licorice basil”, can be considered as an alternate choice. It is called the licorice basil as both licorice and Thai basil share a similar scent and taste.

ALSO READ:  How To Clean Strawberries With 2 Ingredients

Thai basil is of Southeast Asian origin. It has a spicy taste with a tinge of sweetness. Thai basils in soups are phenomenal and can be used to garnish other dishes too to get a popping flavor.

Yes. You’re right. Parsley leaves can be used as a substitute for coriander too. It not only gives your dishes a distinct flavor but also is proven as one of the healthiest herbs. Parsley contains a flavonoid (plant metabolites found in fruits and vegetables that contain antioxidant effects) called “Myricetin”, which has the ability to prevent skin cancer. This herb can totally go with salsas and soups as it is peppery in taste and can give an earthy effect to your taste buds.

French tarragon is known for its pungent taste with a bittersweet aftertaste. It is widely used to garnish dishes made using salmon, chickens, and asparagus. They are coarse in texture. This aromatic perennial herb can, without doubt, be used instead of coriander/cilantro leaves.

Yes. Even a toddler could guess this. Of all the herbs mentioned above, celery is more gratifying as celery and coriander leaves are similar in both taste and look. Celeries have thicker stalks (tapered to their leaves) and the leaves are oblong and longer. The flavor given by freshly chopped celery stalks and leaves is mild, yet bold. So, this will be the greatest choice.

Substitute For coriander (Ground and Seed)

Ground coriander seeds are predominantly used in soups, stews, curries, pickles, and baking goods. They are known for their very strong aroma and woody taste. Below given are some of the options to use as a substitute for coriander that you can use to replace ground coriander seeds.

ALSO READ:  How To Reheat Fried Chicken- 2 Easy Ways To Use

Aromatic mixture of ground spices also known as Garam masala is of north Indian origin and is always found in Mughlai cuisines. It is not only used in Indian cuisines but also in Pakistani and Iranian cuisines as well.

Murraya powder, in simpler words “curry leaves powder”, is often used by Indians to treat diarrhea. It is known for its anti-inflammatory properties. The most interesting feature of the Murraya powder is that it can be used to replace coriander powder, in case you are allergic to it. It is less spicy and pungent than ground coriander seeds and so this would definitely be the best alternate choice.

Fennel powder is a flavoring agent used to flavor curries and pickles. It is also sometimes used in confectionaries. Fennel can replace coriander powder and also can add a popping flavor to the dish.

Cumin is known for its nutty taste and it is used in many seasonings and is one of the best option as a substitute for coriander. It has numerous health benefits like maintaining blood sugar levels, easing up digestion, rich iron content, etc. cumin can be combined with dry fennel powder and fenugreek powder to attain the desired spice level.

ALSO READ:  How to Dice an Onion [8 Easy Steps]

Difference between Coriander and Cilantro:

Even though both come from the same plant, there are certain dissimilarities between them like the taste, uses, nutrient profile, etc.

That was all about the options you can use as a substitute for coriander. There is an old saying that “Let food be thy medicine and medicine be thy food”. We are what we eat and so it is always good to seek nutrient and fiber rich food to remain healthy, wealthy, and wise. Hope this article helped you. Feel free to share if you know of any other healthy substitute for coriander, other than the above mentioned ones. 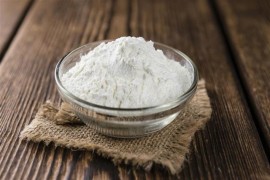 9 Incredible Dry Milk Substitute You Can Count On!