Amazing Facts on the Horsepower of 1 Horse! Let’s Find it Out!

Before we delve into the question of how much Horsepower one horse has, let us first understand what is meant by horsepower. We use the term “horsepower” almost every day in our life, especially while talking about automobiles or mechanics. It’s probably one of those terms that almost everyone uses or has at least heard of. But do we really know the meaning of the term? Maybe it is probably not what you think it is… Let’s find out!

What exactly is horsepower?

A horsepower is a unit of measurement that was developed by the famous creator and inventor of the steam engine, James Watt. One horsepower is equated to the power of a horse to lift 33,000 pounds, that is, 14969 kg across one foot, that is, 0.3 in sixty seconds. The term horsepower was first used by the famous Scottish engineer James Watt in the 18th century. This was during the industrial revolution when new inventions were rolled out in quick succession.

Why was Horsepower Invented?

James Watt created horsepower as a unit of measurement, which he would use to compare mechanical power to the power of a horse. Why was this necessary?

As we are all aware, it was around this time, (late eighteenth century) that James Watt had come up with his steam engine. Up till then, the industrialists used horses as the universal power source. Industrialists were skeptical of new innovations and did not want to adopt them easily.

They were afraid that these innovations would not be durable and would break down easily, and they would have to spend huge costs on repair. Then how could James Watt convince industrialists that the steam engine was much more efficient than horses and that they should invest in it?

So, he invented a unit to compare the power of a horse to engine power. He was able to show that just one of his steam engines could alone produce that much power that could be produced by 10 horses working together, or 10 horsepower. Thus he could show the industrialists that the use of the steam engine would be much more efficient at cutting costs. Since then, horsepower has remained a universally applied index of mechanical energy. Even today we can hear people bragging about the high horsepower of their cars or motorbikes.

ALSO READ:  How To Connect Switch To TV – The Best Guide

Finding how much horsepower does a horse have, has always been an intrigued point for all the scientists and physicians out there. Therefore, with a lot of research, we have finally made it possible.

How much Horsepower does one horse have?

On average, it takes 14.9 horses to make one horsepower. While it is often estimated that the power of one horse is equal to one horsepower, that is not quite always the case.

What is the horsepower of different horses?

A slight difference can be found in the horsepower possessed by different breeds of horses. This is mainly because of the varying characteristics of the different breeds. Some horses are powerfully and strongly built to be able to do more heavy tasks. There are other horses that have a sleek build and are born and bred to be able to run very fast.

Thoroughbred horses do not have very high horsepower because they are built for racing. They have great speed and are the fastest horses. These horses, along with Arabian mares and few other breeds are low on horsepower but very high on speed.

What is the ideal horsepower for a car?

Now that we are aware of what horsepower is and how much Horsepower a horse has, it is time to dive into the practical applications of horsepower. One of the most common uses of horsepower is to measure the power of a car. The horsepower of a car can range from anything between under 100 to above 300 depending upon the nature of the car and your own tastes. However, there are some cars that exceed even 1000 horsepower.

ALSO READ:  How To Clean A Mousepad in 6 Easy Steps

Cars with horsepower over 300 or 400 are sportscars, simply meant for the thrill of car racing and driving.

Devel Sixteen is currently the only car with 5000 horsepower, and it is known as “hypercar” or “supercar”.

Check out the latest news on Apple Car.

Q1 How is horsepower calculated?

Horsepower can be calculated using a formula. If you multiply the voltage and efficiency of a machine or car with the electricity consumed by it and divide the result by 746, you will get the horsepower of the machine or vehicle. Why 746? One horsepower is equal to the value of 746 watts.

Hence, to find horsepower the power of the machine in watts has to be divided by 746 watts. It is a simple formula and it should be easy for you to get the result. If you find it difficult, you can also calculate horsepower online by using this horsepower calculator.

That is not necessarily the case. It totally depends upon the reason why you are buying your car. If you have a small family and are not into high speeds and driving thrills, a car with under 100 horsepower engines or under 200 horsepower engines will suit you very well.

In fact, in such a case you should beware of cars that approach 300 horsepower. Cars over 300 or over 400 horsepower are for those who drive simply for the thrill of it. Cars over 500 or 600 horsepower are used as sportscars and ideally, should not be driven on roads used by the general public for safety.

ALSO READ:  How To Install A Hard Drive: An Easy Walk Through!

Q3 How much Horsepower can a human generate?

On average, while doing any heavy or energy-consuming a healthy human being can generate horsepower up to 0.89. It has been found that a human can sustain 0.1 horsepower for an indefinite period of time. Athletes have been known to generate 2.5 horsepower briefly while running and they can sustain up to 0.35 horsepower for several hours.

Q4 How much Horsepower does a motorbike have?

Q5 How to find out my engine’s horsepower in cubic centimeters or cc?

This can be achieved by using a very simple formula. 1 horsepower is roughly equal to 16 cc. So in order to find the horsepower of your engine in cc you need to multiply the horsepower given by 16. You can choose to calculate this manually or you may use your usual calculator or even an online calculator to serve the purpose.

Thus we came to know that the idea that one horsepower will be equal to the power of one horse is a misconception. In fact, the horse that can generate the most horsepower can generate only about 0.894 horsepower.

That was all about horsepower and the Horsepower present in a horse. We hope it satisfied your curiosity with regard to horsepower! 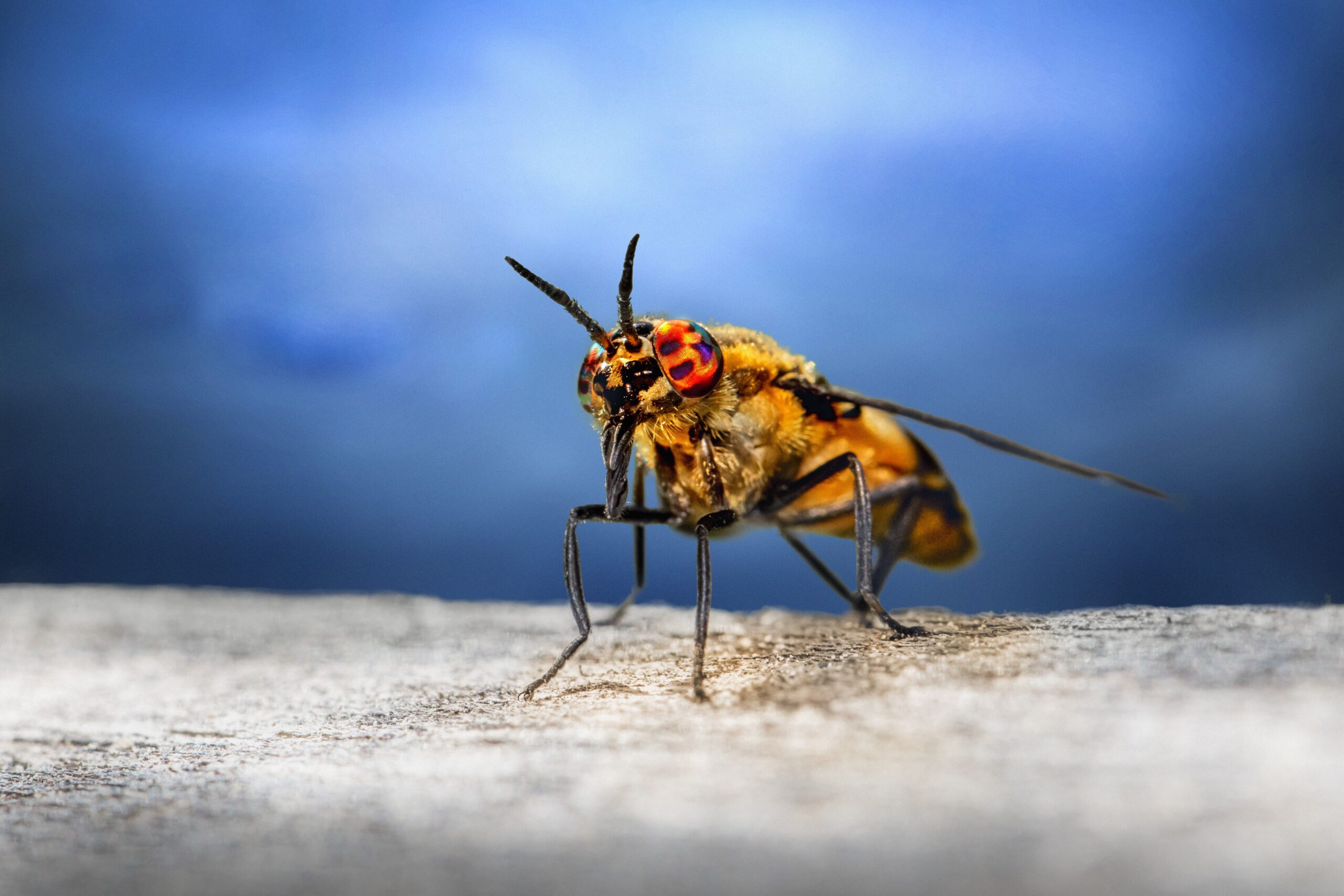 Is Horse Fly Bite Dangerous Find out With 7 Prevention Tips! 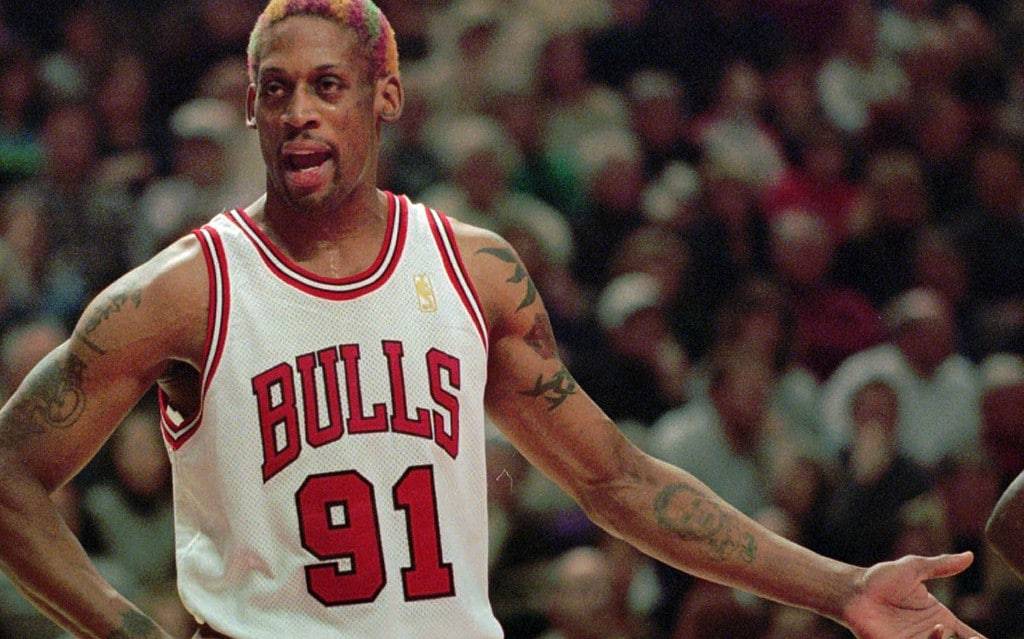 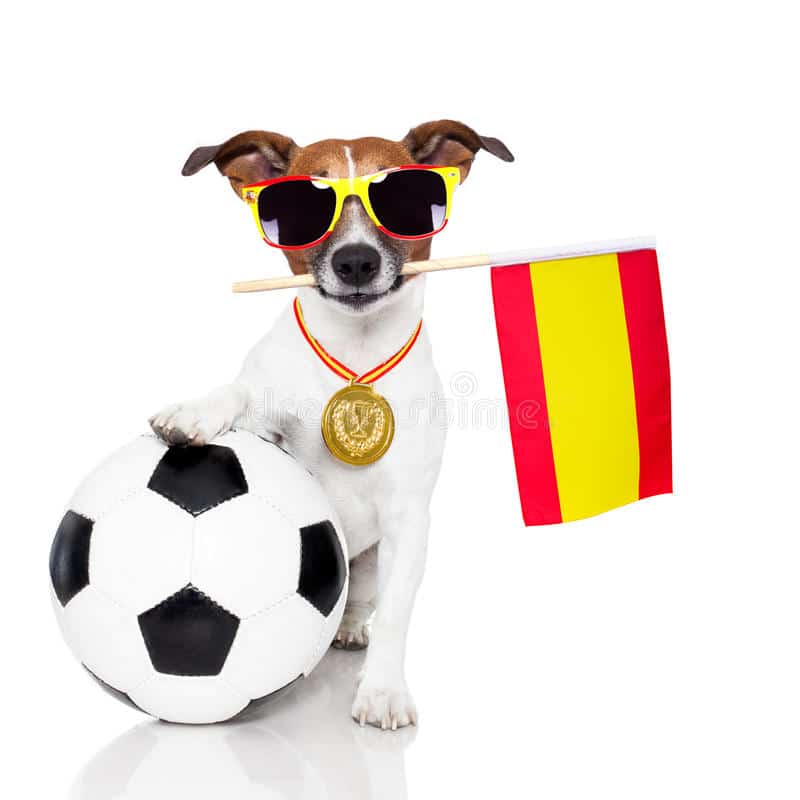 How to Call a Dog in Spanish: Learn some Amazing Facts about the Canine Fellow 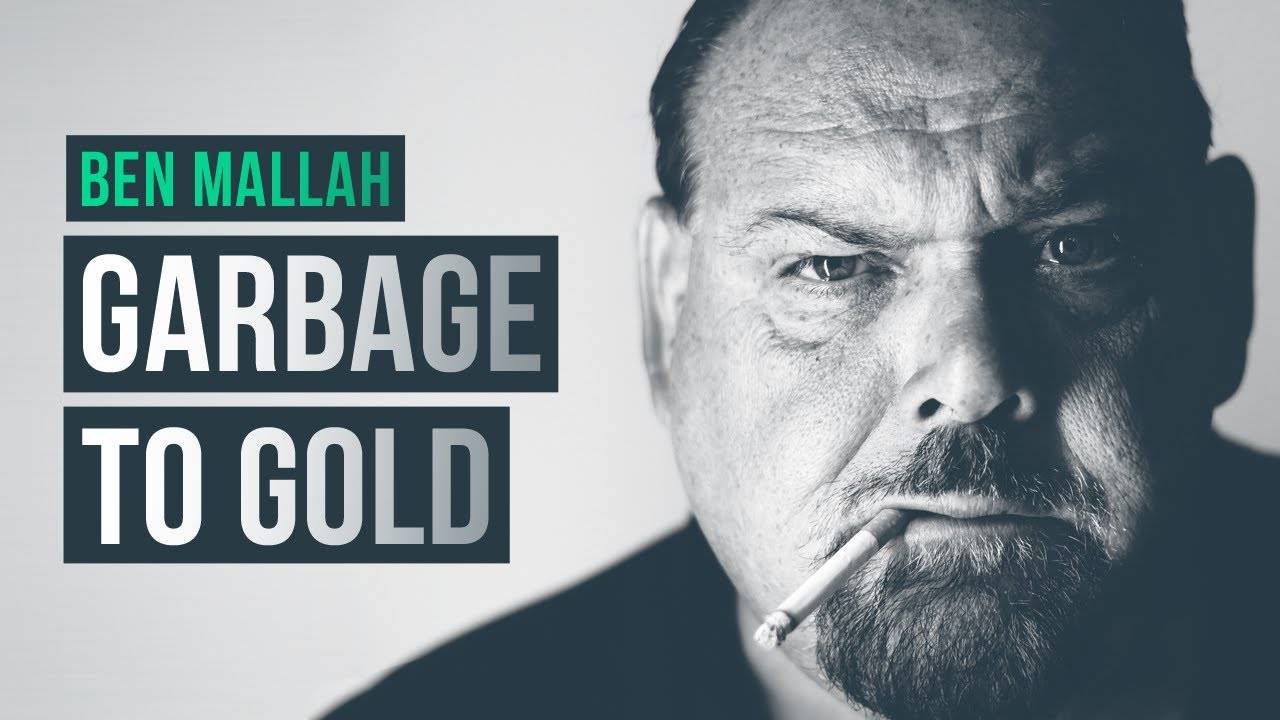 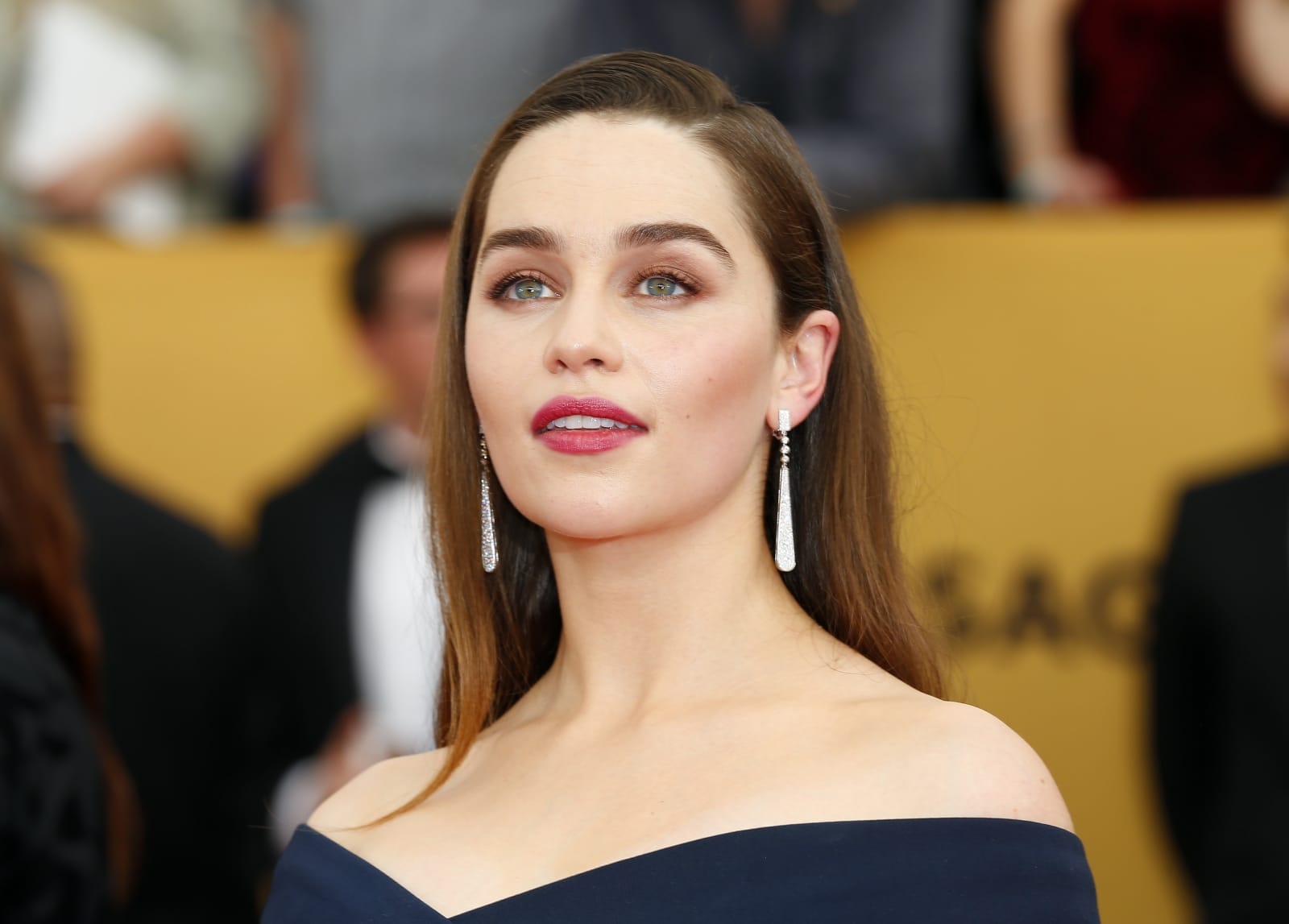 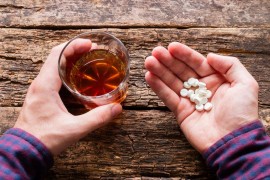 Metformin and Alcohol: 5 Amazing Facts to Know About! 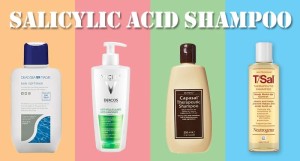