5 Semen Retention Benefits You Should be Aware of

Understanding the Concept of Semen Retention

As mentioned above- When a person intentionally avoids ejaculation, this process is called semen retention. One can do this by abstaining from sexual activity, or even if the person is involved in sexual activity, he should try to get an orgasm without ejaculation.

You might be hearing or reading about this practice for the first time or maybe quite a few times in recent days, but this concept has existed since as early as the 17th century.

But, due to so much scope and advancement over time with the Internet and social media, people have started to talk and are becoming more aware of this.

In ancient times, this was practiced because it was believed that semen retention boosts a male’s physical and spiritual energy.

There are many other scientific names of this process, such as

In other languages/ cultures, it is also known as:

There is no hardcore proof or pieces of evidence to prove the benefits and risks of semen retention or whether it is healthy or unhealthy to hold in the semen. If a person does not ejaculate during an orgasm, the unused semen is broken down and absorbed by the body. Many people try semen retention for various reasons such as – being more energized, losing weight, getting a sense of harmony, etc.

Semen retention is a process that can be practiced according to one’s comfort zone. If you feel that it is natural and comfortable for you, and will help you in improving your well-being, then you should do it and vice versa.

What happens with the sperm when ejaculation is not done?

To understand this with more clarity, let’s look at the process of ejaculation:

However, this process is disrupted in the semen retention process, and the semen is not allowed to pass through the penis. This can be done through extreme self-control. The unused sperm is broken down and absorbed by the body.

Ejaculating or not, this has a zero effect on a person’s overall sex drive or sex life, or fertility. However, “wet dreams” are something that you can still get during semen retention.

#1 It gives Pleasure and Satisfaction

There is much evidence to show that ejaculation can cause pleasure and satisfaction to a person. This is because while ejaculation endorphins are released. (Endorphins are hormones that help block pain and make a person feel relaxed)

#2 It helps in the prevention of Prostate cancer

Researches have shown that men who ejaculate more than 15 times in a month are 50% less likely to get prostate cancer, than those who ejaculate less than that.

#3 It enhances a good Sleep 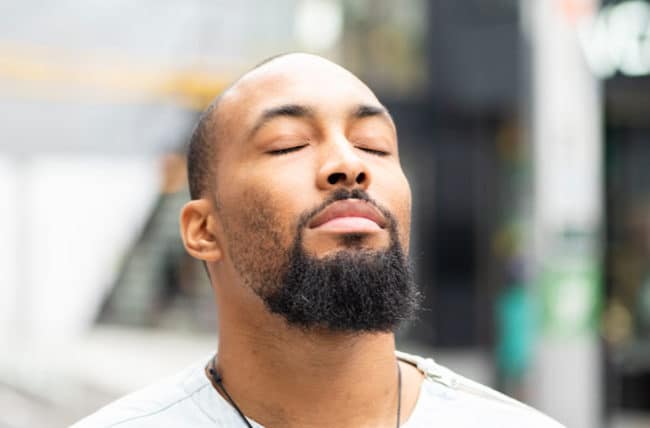 Edging is the practice where the orgasm is controlled. This can be done either alone or with a partner. This helps in increasing the intensity of the orgasms in males.

Some researches have shown that semen retention helps with sperm mobility, i.e., the ability of the sperms to swim on their own. This can improve the quality of the sperm, thereby increasing fertility.

Semen retention benefits include another important point, i.e., semen retention increases testosterone levels which could bring improvements in the energy levels and moods of a person.

This is one of the most known risks that can occur because of non ejaculation. This happens when a person is sexually aroused but does not ejaculate during orgasm. This can even cause pain in the testicles which in the near future might also cause arousal which does not lead to orgasm.

However, research suggests that it is not harmful, and these phenomena are very common in adolescent males.

Semen Retention can lead to ejaculation issues such as premature Ejaculation where orgasms occur before even reaching the “climax”.

When should one stop preventing ejaculation/ semen retention?

One should stop preventing the semen retention process or ejaculating if they are going through any kind of pain or discomfort because of the practice. Also, if they are unable to ejaculate when they want to do the process should be discontinued then too.

Check out these remedies to prevent pimples if you are facing them.

The person should immediately consult a doctor if they are unable to ejaculate at their own will especially when he and his partner are trying a pregnancy. The doctors would provide medical treatments to cure this. This is called anejaculation and it can occur due to many reasons such as-

If one is ejaculating after a long time and finds blood in their semen they should not panic. This problem will be resolved someday. However, if it does not, it would be better to consult a medical professional and get some medical treatment.

Q1 Are there any negative effects of holding back your sperm?

There is no such hardcore evidence or proof that holding back your sperm would have any negative or harmful effects on your body.

Q2 What if a man releases sperm every day?

There are no such known harmful effects of releasing sperms every day. However, doing it more than 2 times a day can cause fatigue

There is no hardcore evidence or proof to suggest or to reach any firm conclusion about the various semen retention benefits. There are also no such hardcore proofs to suggest that it carries any potential harmful health risks.

One can choose to continue the process of semen retention for as long as they want according to their own comfort. They can try techniques such as – edging or tantric sex as an alternative and see if they can enjoy it.

Tantric sex is a form of sexual yoga which is practiced in the Hindu and Buddhist culture to practice or exercise sexual activity in a yogic or a ritualistic context.

There are no rules or regulations or methods for how frequently should a person ejaculate or not. They should do it only according to their choices and comfort.