Michael Jackson was a famous American singer, amazing songwriter, a fantastic actor, a skillful producer, and a great philanthropist. He was a very talented person who served this entertainment industry for a long time with multiple activities. He was even famous by the name of “King of Pop” and was one of the most remarkable cultural figures of the 20th century. It was his contributions to music, dance, fashion, and his publicized personal life as well that made him a significant global figure. He was the one who popularized a famous dance move, the moonwalk. Not only this, he had an influence on many artists.

This talented person supplied this entertainment world until 2009. That legendary star, Michael Jackson Net Worth at the time of his death, was a topic of argument for many people. For saying. Michael Jackson net worth was about $236 million, but it was estimated that he had debts of about $500 million that turned this net worth into negative.

Michael Jackson Net Worth Journey – Life Before Being A Star! 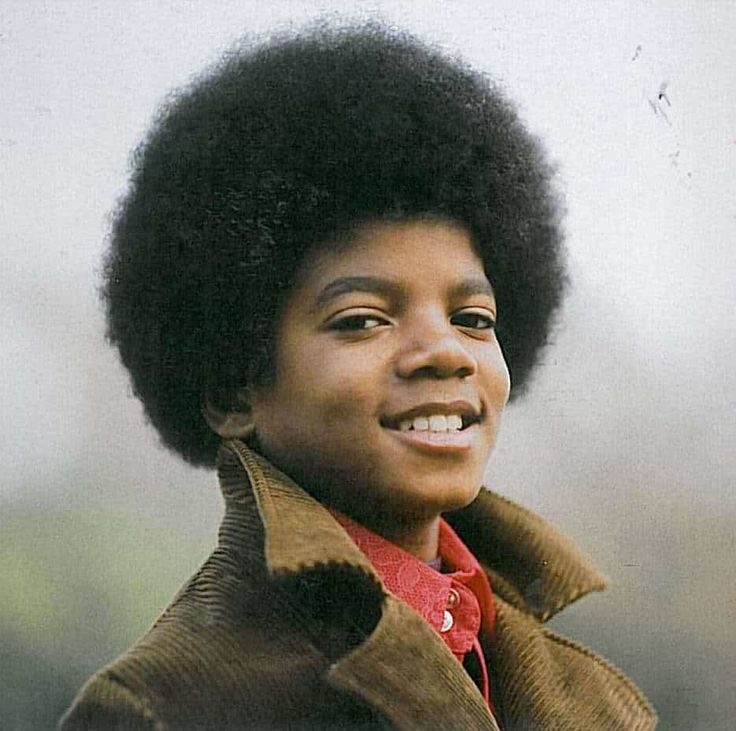 Michael Jackson came into this world as Michael Joseph Jackson on August 29, 1958, in Gary, Indiana. His father’s name was Joe Jackson, who worked as a crane operator at a steel mill, and his mother’s name was Katherine, who generally used to take care of the family and sometimes performs part-time jobs. Other than mother and father, Michael had had five brothers named Jackie, Tito, Jermaine, Marlon, and Randy and three sisters named Rebbie, La Toya, and Janet.

Michael was the third youngest child. Jackson was not wealthy by birth; he used to live in a small house with just two bedrooms that were obviously not enough for eleven people.

Both of Michael’s parents were great lovers of music. Joe used to play guitar for an R & B band, and Katherine used to sing and play the piano. It can be said that their house was full of music. Even Micahel’s father dreamed of becoming a successful musician but somehow unable to fulfill that dream and consequently decided to do whatever it took to make his children successful. Following this decision, he tried to control his children’s careers even after they were adults, which was a constant conflict topic in his family.

He always acted as a rigorous father as he didn’t allow the kids to make many friends. Not only this, he even hit the children if they disobeyed. His only motive was to let their kids stay out of trouble and made them focused on achieving great success.

Michael Jackson Net Worth Journey – Beginnings to the career!

The Jackson boys soon formed a family band named Jackson 5. They started by playing all around the town and then in bars and clubs in Midwest. It was in 1968 when the band signed a contract with Motown Records that led to their first album, “Diana Ross Presents the Jackson 5”. It was a great hit; it reached #1 on the R & B chart and #5 on the Pop Albums Chart.

From a very early age, Michael’s fantastic talent gained the attention of a lot of viewers. He became the focus of the group because of his dancing and stage performance. His elder brother Jackie stated that Jackson was so young, and it was somewhat frightening that he was so talented. He had no idea where he got this talent from, but he was just incredible.

Jackson was appearing on television when he was just 11 years old, and his first solo album was released when he was just 14 years old. However, at first, his solo career didn’t blast off, but still, he managed to release a few hit songs that include “Ben” and “Got to Be There.” He released several other solo albums in the ’70s.

In the year 1978, on the set of a movie, Micahel Jackson met Quincy Jones, a music producer, after which he started working on his first grown-up album, and in 1979 his album “Off the Wall” was released. It was a great hit. The album included his five singles, including “Don’t Stop ‘Til You Get Enough”(1979) and “Rock with You”(1979). Both the songs were certified platinum by the Recording Industry of America.

Michael’s next album got released in 1983, “Thriller.” It was another massive hit as it became the biggest selling album up to date. It spawned seven Top 10 singles while the album won eight Grammies. On the other hand, his next album, Bad, released in 1987, sold only about half as many copies as Thriller. However, still, it was a tremendous best-seller.

Michael was a great artist who has ranked fifth best-selling singles artist in the UK with 15.3 million singles sold.

Jackson was a leading artist who knew how to make way for him. He was one of the most awarded and nominated recording artists in the history of popular music. He was even considered the greatest artist of all time, plus the most influential one presented in the 20th century. He achieved 13 Grammy Awards, 6 Brit Awards, 5 Billboard Music Awards, and 24 American Music Awards within his career course. Other than this, he had 16 Guinness Worl Records.

Along with these records and awards, Michael Jackson became one of few artists known as a member of the Rock and Roll Hall of Fame. Also, he was a winner of many humanitarian efforts. He was being awarded for such actions by two Presidents of the US.

The King of Pop, Michael Jackson net worth was estimated at $236 million when he died. However, he had a debt of around $500 million. So, technically Michael net worth during the time of his death was actually in negative. He was one of the best-selling music artists of all time, but still, his finances were not stable at all. He sold millions of records that earned him an enormous amount of money during his career.

It was estimated that Micahel had made about $2 billion during the course of his career. He was even named as “highest-paid entertainer” twice but still Michael Jackson net worth content in the negatives.

Michael Jackson Net Worth in Negative – Result of his spendings!

Despite being earning so much, Michael Jackson was in a lot of debt at his death time. It was because, along with a great earner, Michael was a great spender too. As per the statement of a forensic accountant, Jackson was one of those artists who spent much more than he made. Right from the jewelry to replicas of his own face to life-size figures of different fictional fighters, Michael loved to spent a lot. He spent too much on his contributions to a luxurious life, and all these spendings landed him in the pool of debts that made Michael Jackson net worth a topic of talk during his death. 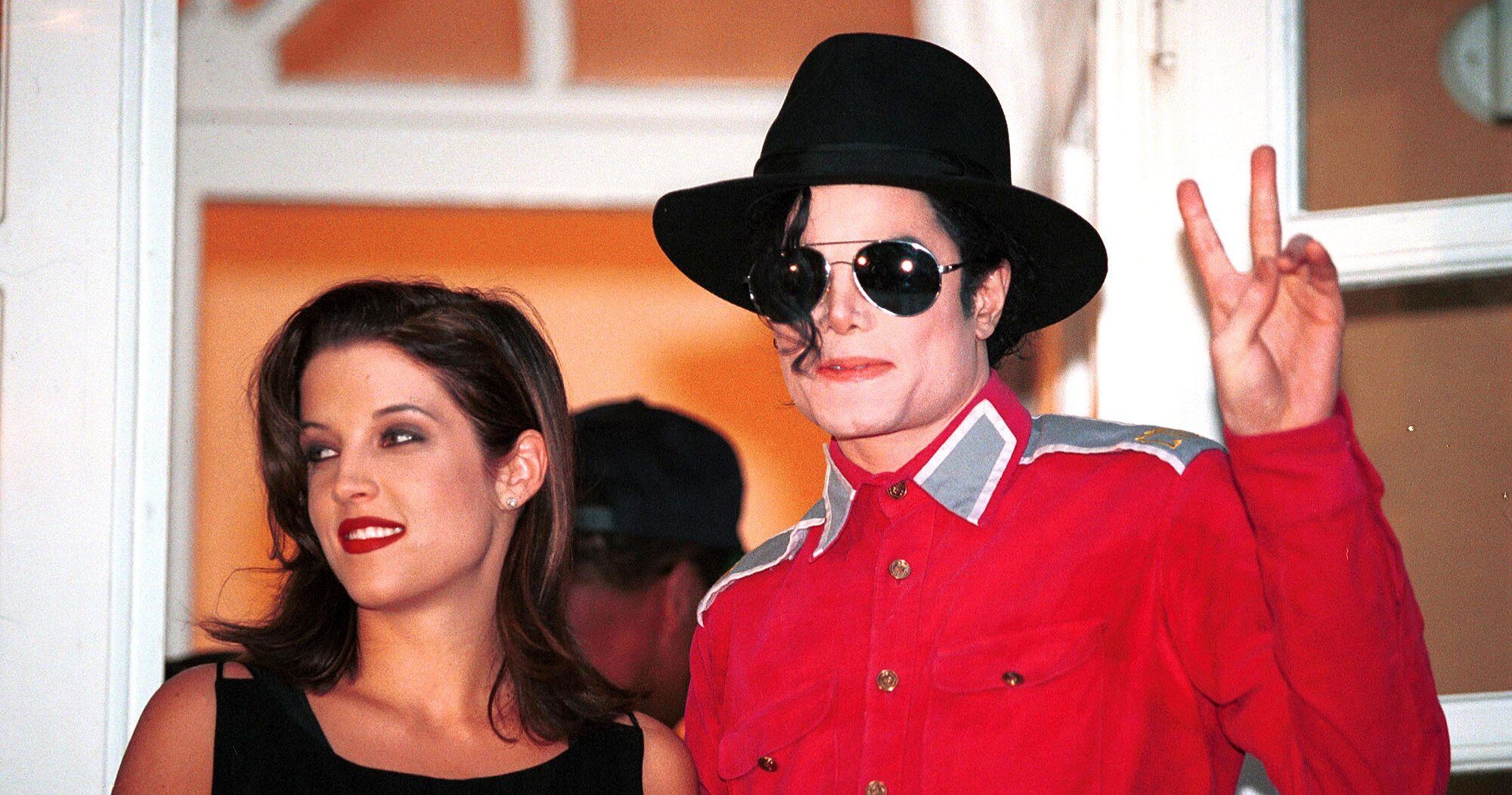 In late 1993 Michael Jackson proposed to Lisa Marie Presley, daughter of the famous rock singer Elvis Presley, and in 1994 they got married in La Vega. However, the media later speculated that this proposal and marriage was just a publicity stunt that was performed for two basic purposes, first to divert the attention from Michael’s sexual abuse allegations, and the second purpose was to jump-start Lisa’s singing career. Finally, in December 1995, both of them got separated, and it was a surprise for all that they stayed together for more than one year.

After then in 1995, Jackson’s new album “History” was released, and in order to promote this album went on the History world tour. He was on tour from September 7, 1996, to October 15, 1997, and during that tour only, he married Debbie Rowe, who was a nursing assistant. They together had two children named Michael Joseph Jackson and Paris Michael Katherine Jackson. However, in 1999 they two got divorced too, and Debbie Rowe conceded custody of the kids with an $8 million settlement.

ALSO READ:  David Hasselhoff Net Worth: Facts You Should not Miss about the "Baywatch" Star

Michael Jackson Net Worth – Continued to Grow After His Death

Michael Jackson was a famous personality who got even more popularized for having a negative net worth at the time of his death. He died of a heart attack on June 25, 2009, that was likely caused by drugs he was taking to help him sleep. His death brought a sudden shock for many of his lovers and knows. However, he is that huge personality who had earned a lot after his death too.

It was being reported at a time that Michael has made an astonishing amount of $1.3 Billion since his death. This money has been made by various sources such as selling his estate, his leftover money, and many more sources. After all these sellings, his Neverland was still in his name. However, it was finally sold around 2015. Billionaire Ron Burle bought this property for $22 million (for less than a quarter of its original listed price) and was rebranded as Sycamore Valley Ranch. Other than this, his various albums and singles were so popularized that they continuously earned the singer after his death.

Q1 Who got Michael Jackson’s Money after his death?

Michael Jackson died on June 25, 2009. At the time of his death, Michael Jackson net worth was about $236 million, and his debt was more than $400 million. However, his holdings and estate were in billions. All his estate and holdings left after paying off his debt were divided according to his will that stated 40% of his assets has to be evenly split off among three of his children. The other 40% belonged to his mother, Katherine, and the remaining 20% of his assets left for various children’s charities.

Q2 What is the net worth of Michael Jackson’s kids?

Michael Jackson’s daughter, Paris Jackson, is an American model, actress, singer, and musician who is not as rich as his father. Still, she is doing wonders in her career. She has a net worth of $100 million, and she is spending a great life.

In 1988 Michael Jackson bought Neverland for $17 million and spent over $35 million on this land. After his death, the estate was remained empty for so long, and finally, after 5-6 years, it was bought by Ron Burkle, a billionaire businessman, for $22 million that was far less than the expected price.

Michael Jackson was a legendary artist who nobody can ever forget. His singing talent, songwriting skills, stage performances, best actings all contributed to his success. His skills and hard work not only paid for him when he was alive but also supported him after his death. It was a debatable topic that Michael Jackson net worth was negative during the time of his death as his debt was a lot more than his net worth of $236 million. However, the value of his estate and holdings proved this allegation wrong as it was much more than other celebrities, and it paid off for his hard work for a long number of years after his death too.