How To Make Yorkshire Pudding in 7 Easy Steps

Have you ever heard of a pudding that was not sweet? You hear the word ‘pudding’ and ‘sweet’ is what pops up in the mind, isn’t it? Well, that might not be the case for every dish. Looking at the title, I’m sure you were expecting a dessert, I don’t blame you as it clearly says ‘pudding’. However, it is not really sweet.

As this dish is so unique, you will surely get an explanation as we will also do some background checks before we head on to the topic of how to make Yorkshire pudding. Also, for a pudding that is not going to be sweet, you will surely need a background tour.

As I said before, despite common belief, puddings are not always sweet, they might sometimes have a savory taste as well. But do not fear, a dessert does not always have to be sweet. It can be savory and you will still be left licking your fingers after you have eaten it.

So if you are a lover of sweet puddings and suddenly come across its other type, well, I would just say that it’s good you are reading this article because you doing that gives me a chance to make you familiar with puddings, Yorkshire pudding in particular and also give you information on how to make Yorkshire puddings.

As should be clear from the name itself, Yorkshire puddings originated from Yorkshire, England, and then spread everywhere. So let us get into their history before we discuss how to make Yorkshire pudding.

The Origin Of Yorkshire Pudding

If you want to describe it in some simple words, you can call it full of flour, water that is fat and fluffy, and full of air. The term ‘Yorkshire pudding’ was first used in 1747. Sounds ancient right? This pudding originated in the north of England but it is difficult to say from where exactly.

When you think of pudding, what pops up in your head is a sweet dessert. But as I said before, that is not the case because, at the start, puddings used to be a food that was similar to sausages and were made basically from meat.

ALSO READ:  3 Amazing Things about All-Purpose Flour- All You Need To Know!

As the years went by, people started using variations of this pudding. They used things that made it a batter pudding. If you ever went to an English restaurant and asked for a Yorkshire pudding, you will get it served with the main meal instead of after it, as should be done with puddings or desserts.

I know you are here to get information on how to make Yorkshire pudding but I feel it essential that you know about it before you make it. These puddings are somewhat similar to popovers in the US and are popular in states like Florida, Texas, New Mexico, etc.

Some Interesting Facts About Yorkshire Pudding

Yorkshire pudding is something that is loved worldwide. So it should not come as a surprise that there are not one but two days dedicated to celebrating this pudding. One in the US and one in the British Isles. The UK celebrates it on the first Sunday of February while the Americans celebrate it on the 13th of October.

Before telling you how to make Yorkshire pudding, you should know that there are boating events held in which the boats are made from Yorkshire puddings, that is to say, they make the boats from the water, flour, and eggs. This race is held annually in northern Yorkshire and was started around 1999.

Aunt Bessie’s is one of the leading producers of frozen Yorkshire pudding and they make over 53 million packages of the pudding every year. You might even want to ask them how to make Yorkshire pudding so fast and so good. It might be difficult to get the recipe from them though.

Yorkshire puddings are light but tall and often are cooked separately but earlier they also used to be cooked in a large quantity in a tin and were cut into smaller squares after the cooking was done.

You should also know that the Japanese also have a variation of the Yorkshire pudding which they call Takoyaki. Takoyakis are called that because their main ingredients are octopuses, which are called Tako in Japanese.

The Takoyaki is a snack that is made from flour-based batter and it is cooked in a pan and is served with an octopus that is diced/ cut up as well as tempura scraps and some other ingredients like onion and ginger.

Now that you know all that about it, let us get to the topic of how to make Yorkshire Pudding.

How To Make Yorkshire Pudding?

As I mentioned before, Yorkshire pudding is something that is not necessarily a dessert as it comes with a savory taste. These puddings were once even called dripping puddings because of all the juices dripping down around and over them.

Pouring juices or gravy over it ensured that the meat did not get wasted at all and you got some delicious gravy as well along with it. The flavor it all gave collectively is just awesome. Earlier, these puddings used to be eaten independently as well, that is, they were not eaten alongside another dish.

I hope I have not bored you to death with all that information and to make sure I don’t do it, let me tell you the required ingredients and then I will tell you how to make the Yorkshire pudding.

Time to prepare: it takes less than 30 minutes to prepare.

*Note: The amount of water and milk must be equal

Conclusion | How To Make Yorkshire Pudding?

I am sure that if you came here to know how to make Yorkshire pudding, you would have gotten your question answered. Making a Yorkshire pudding is pretty simple and it can be dubbed as just the mixture of flour, water, and eggs but it is also much more than that.

All you will need to keep in mind is that Yorkshire puddings can be served as desserts, as a part of the main meals, or even as a stand-alone cuisine. It all depends on how you like to eat them. This dish is something that requires one special ingredient that everyone can afford to put in and that is love.

So love your work and tell everyone how to make Yorkshire puddings and spread happiness because someone once said ‘Good food, good life’. Also if you think I may have missed out on something or if you have suggestions, feel free to reach out through the comments section.

Till then, Bon Appétit! 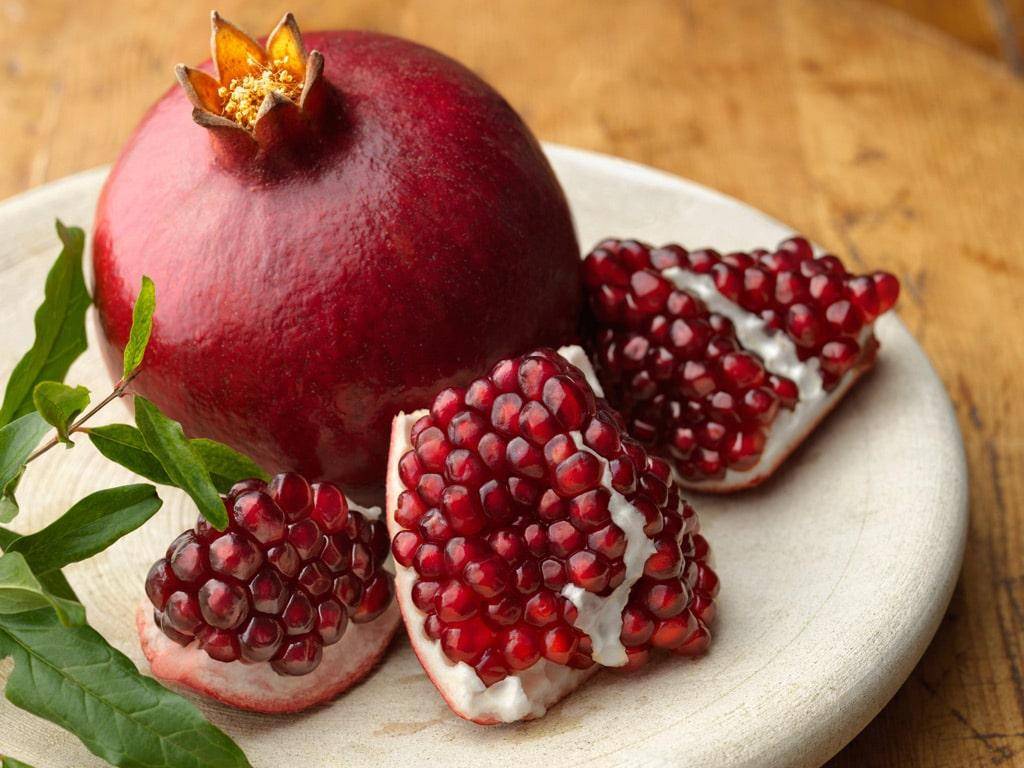 How To Cut A Pomegranate In 4 Easy Steps Without Mess Sweet Pastry Recipe: 9 Easy Steps to Prepare it at Home

How to Clean Shrimp at Home: 4 Easy Steps to Follow 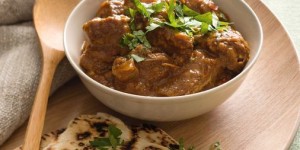 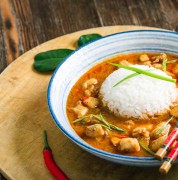 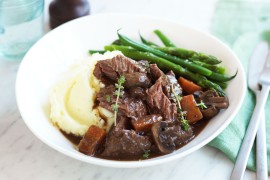 Braised Beef Cheeks: Learn to Cook it in 5 Simple Steps! Braised Steak And Onions In 9 Easy Steps (And A Tasty Alternative Recipe).
Previous articlePerfect DIY Indie Wedding Invitations To Plan With 13 Easy Steps
Next articleArmpit Rash- What You Need To Know With 4 Important Remedies