Well, now that the pandemic isn’t saying goodbye any soon, and we are stuck at home for who knows how long – let’s add some dosage of entertainment to these boring quarantine days.

Undoubtedly, when it comes to movies, Netflix has a good bunch to offer to its viewers. But you can’t just choose one for yourself because what about your family then? So, you need to choose something that passes through your family checklist right away.

We are here with the best family comedies on Netflix that you can sit and watch together. Jump in to find your next movie night film!

If you are always ready with a NO to whatever your children say, you can have a YES day for sure. Among the best family comedies on Netflix, Yes Day dwells around a family where the parents are ready to give their children a yes day, where they won’t say no to anything.

Alison and Carlos who always say no to their colleagues and also at home tend to break the rule for 24 hours. They never knew that a Yes day could bring them so close to each other. Watching it with your family, you will realize the need of saying yes to your kids. It may happen that you shall also host Yes Day! 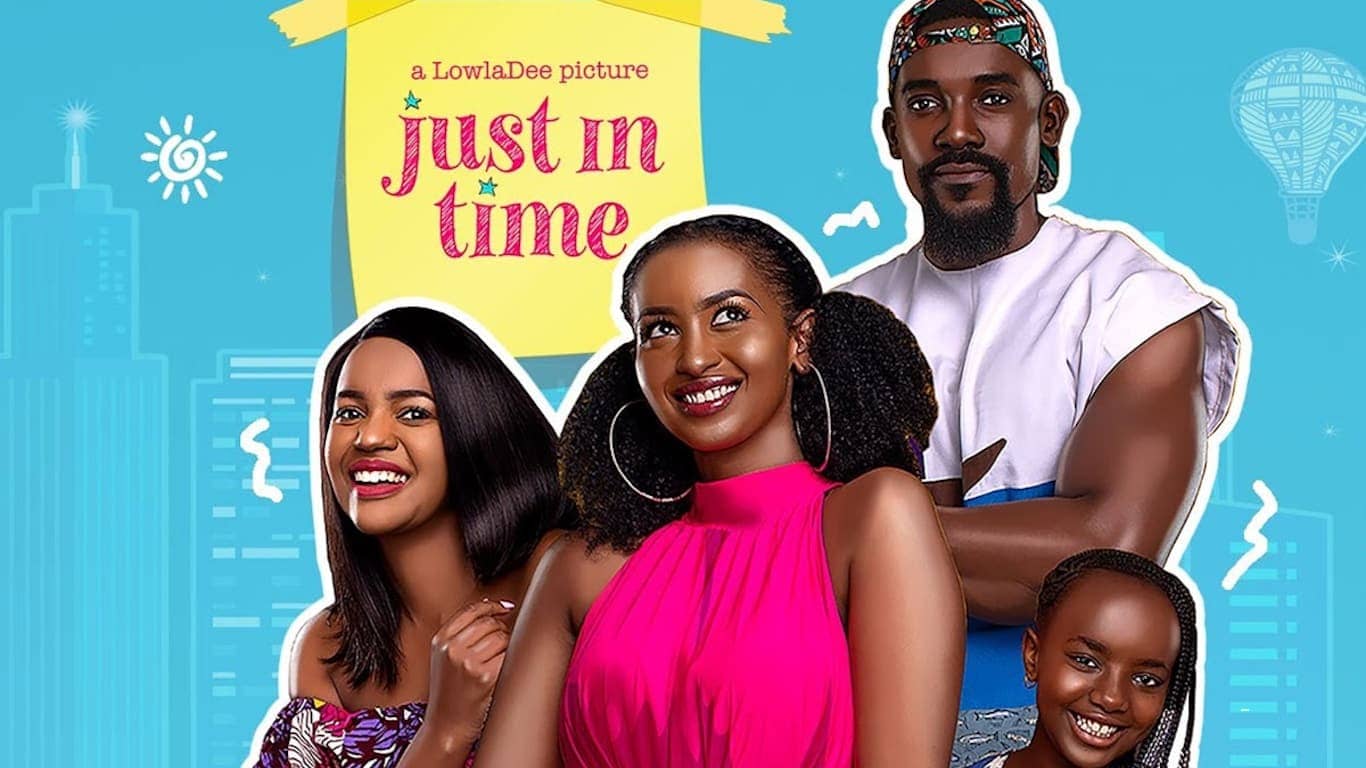 One of the best family comedies on Netflix, Just In Time, is a comedy-drama, where a bookstore clerk who loses her job, lands up taking care of her eleven-year-old cousin’s daughter. The witty little girl leads to a lot of incidents.

This heartfelt comedy is one of the best family comedies on Netflix that brings forth the fact, how life changes with the entry of a new person. The eleven-year-old kiddo is smart, funny, skillful, and clever. She has a sorted life juxtaposed to her aunt. You will enjoy the rational thoughts she has and might start over a discussion with your family members regarding kids. Pee-wee’s Big Holiday is a hilarious movie to watch with your family. A comedy that will make you laugh and have a good time. Being the best family comedies on Netflix, this Netflix Original Movie shows the life of Pee-wee Herman’s first-ever holiday in his life. A mysterious stranger has influenced him to go on a trip and he is out for it.

Many humorous and hilarious incidents unfold with the trip which is enjoyable and refreshing. Though Herman is exposed to many odds in his journey outside his sleepy town, everything seems to be quite a place and comic. The experience of an inexperienced man with the outer world will make you realize, laugh, contemplate and enjoy which makes it one of the best family comedies on Netflix.

The Secret Life of Pets 2

Animated films have been amusing both children and their parents. The Secret Life of Pets Part Two is also one movie that is an ideal watch for a movie night with your children. It is assumed that everyone watching these best family comedies on Netflix will laugh loud, giggle, and enjoy.

This cute movie shows how Max (voiced by Patton Oswald) tries to boost himself up while being in the city. Snowball (voiced by Kevin Hart) saves a tiger cub, and Gidget (voiced by Jenny Slate) acts like a cat near a farmhouse. These best family comedies on Netflix are filled with fun that unfolds as the movie goes on.

The Muppets have been an iconic show in the history of the entertainment industry. It is still near to the heart of many kids. Even the children of this generation prefer this show and it is assumed that it will go on capturing the hearts further. Be it the movie night with your child or with the whole family, best family comedies on Netflix, The Muppet will always be an ideal choice.

Fozzie Bear, Miss Piggy, and Kermit the frog come back in this movie in 2011. A delightful musical comedy also shows the endeavor of humans Gary and Walter, who saves Muppet Studio from corporate politics. A nostalgic movie that will make your heart light is one of the best family comedies on Netflix.

The best family comedies on Netflix that you can watch on a movie night or on a holiday is The Willoughbys. Both you and your children will have fun watching this Netflix original. Adapted from Lois Lowry’s book The Willoughbys, this animated film delves into the lives of four Willoughbys children.

The four neglected kiddos in the movie want to erase the presence of their parents and are ready to nurture themselves on their own. A wonderful and whimsical tale where the four Willoughbys send their parents on vacation to understand what a family is. They go through many adventures that you will enjoy while watching. It is a fantasy film that breaks out from the shackles of convention.

Cloudy with a Chance of Meatballs

Cloudy with a Chance of Meatballs is an adaptation of a children’s book by the same name, co-authored by Judi and Ron Barrett. Among the best family comedies on Netflix, this animated movie revolves around the life of Flint Lockwood who is an aspiring inventor.

Though he has failed in his experience till now, devises a machine that converts water into food. The machine is of immense help to all during the food crisis, until it starts a food storm. Flint needs to destroy the machine to save the world.

Nonetheless, in the hilarious scenes when pizzas, ice creams, meatballs, fall from the sky, you can’t stop laughing out loud. There are incidents in the film that you can enjoy with your family. A lighthearted film in the urge to solve world hunger exposes that it is mad to do so. Besides leaving a message that your child can imbibe, it is fun to watch the best family comedies on Netflix.

We Can Be Heroes

If you have had too much discussion about aliens, UFOs, spaceships with your children, you can have a fantasy movie night or holiday afternoon with the tussle between aliens and superheroes. We Can Be Heroes is a fantasy adventure film showing how invading aliens capture superheroes of the earth.

It is how the kids of the superheroes save their planet and their parents are that attracts the most in the movie. Being among the best family comedies on Netflix is enjoyable with little tension and adventure.

A movie filled with adventure, excitement, and nostalgia exhibits how some young heads become proactive, balancing with each other to save the invaded. You will find some childish things happening throughout, but think, what would your child do in such a situation? People of all ages will enjoy this movie with great enthusiasm, but being a superhero kid movie, your kids will enjoy the best family comedies on Netflix.

Charming, the best family comedies on Netflix is a Netflix Original, with an annoying Prince charming. Though he is adorable in the Disney movies, here he is quite self-centered. A movie with so many twists that you will remain wondering how is it possible! Besides laughing loud will be amazed to see that Cinderella, Snow White, and Sleeping Beauty have been engaged to the same Prince Charming.

Charming (voiced by Wilmer Valderrama) needs to find out his love within some time, else by a spell, love from all the kingdom will vanish. A proper blend of classical format with fun twists makes it very enjoyable and near to the heart. Everyone watching it will enjoy this musical comedy.

If you are marveling for a holiday or movie night with little romance, DJ Cinderella can be a very good choice for the best family comedies on Netflix. A story of a heartbroken teen due to her parents’ divorce, will enthrall you and your family. At times you wait to see some heartwarming and mild romance with everyone in your family, this film will surely give you that chance.

As the teen girl moves on her path to settle as a DJ, she does not think of love. However, a handsome singer falls in love with her music and after many things happen, they end up together. This movie moves traditionally, following the motifs of a romantic comedy, but the fusion of independence, disillusionment, and romance makes it something more than common which also makes it one of the best family comedies on Netflix.

As you come to know about the best family comedies on Netflix, now what’s left? Go and press the play, for your movie night or holiday. We believe you will have a nice time enjoying yourself with your family. Why wait? Forge ahead!